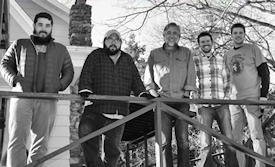 Colebrook Road
A 5 piece string band that creates original music through banjo, mandolin, upright bass, guitar, dobro and fiddle – Colebrook Road achieves a 20th century sound through 21st century songs. Based out of Harrisburg Pennsylvania but performing all over the MidAtlantic region, Colebrook Road is an original band. Almost ninety percent of what they perform is from original compositions from within the band. The unique sound of the band comes from years studying music theory and bluegrass music in particular, while putting a modern spin on that old sound through original songwriting and arrangement of three and four part vocal harmony. Band's web site 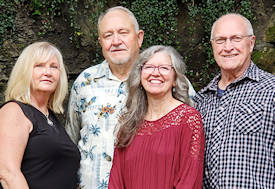 Marshele Bradford Exchange
are four veteran musicians from PA and Maryland. They will delight you with their special mix of bluegrass and gospel music. Laying down the driving rhythm on guitar and singing lead and harmony vocals, Brad Foust has a voice made for bluegrass. Brad brings a diverse repertoire of songs to the group. Five time Maryland State Fiddle Champion, Michele Birkby-Vance, delivers the goods on instrumentals and her smooth backup is a vocalist’s dream. Michele sings lead and harmony vocals and has penned many good songs. Marsha Kirker-Bozich comes from a rich family heritage of bluegrass music and lays down the solid foundation on the bass. Marsha sings lead and harmony vocals. Radford Vance on banjo adds the drive and feel to instrumental songs. Together theys mix old and new songs along with their original tunes to bring you their own unique sound. Their love and enthusiasm for the music they play shines through in every song. Band's web site 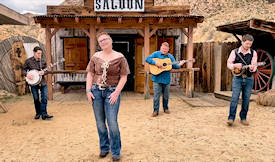 Nu-Blu
After releasing four Top Ten Billboard albums, North Carolina based Nu-Blu has quickly established themselves as one of the top Acoustic acts in the music industry, delivering a set of songs that range from the melancholy to the exuberant. With new music on the horizon, they’re looking to carry on that momentum after recently partnering with MC1 Nashville and Turnberry Records on an upcoming dual-label release. Needless to say, Nu-Blu is more focused and determined than ever to bring their music to more and more fans throughout the world. Who knows, they might even have a major surprise or two that’s announced unexpectedly.   Band's web site 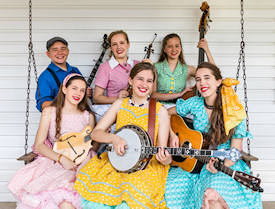 Echo Valley
Echo Valley has been entertaining people of all ages since 2009 with their variety of traditional bluegrass, gospel, Celtic, and folk styles. With their unique blend of six sisters and one brother, this group impresses with their superb stage presence, musicianship, sibling harmonies and multi-instrument talents. When not out performing, the siblings are hard at work on the family farm in western Pennsylvania.
Band's web site 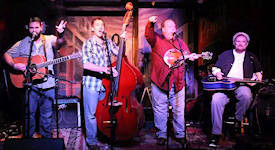 Midnight Rooster
It all started out for a love of music and helping out a fellow musician. Midnight Rooster happened by accident one night in a great bar just outside of Pittsburgh in Rural Ridge. Ellwood’s Pub has since been one of Roosters favorite places to play on a regular basis. Playing throughout Western Pennsylvania, Midnight Rooster has become a fan favorite for festivals, private or corporate events or at your favorite watering hole. Feel free to contact us for your next event for an entertaining and upbeat performance!   Band's web site 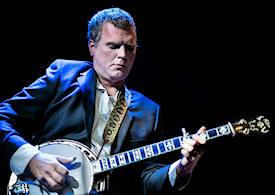 His influences cover a wide range of music from bebop jazz to traditional bluegrass.

Robert has recorded/performed with Larry Keel, Clay Jones, and Patrick McAvinue, to name a few, and is currently touring the country to promote his new solo project "Somewhere in the Middle". He also performed his new project at the 2016 International Bluegrass Music Association Awards on September 30th, 2016. Band's web site

Tiger Maple String Band
Tiger Maple String Band is an energetic collection of talented musicians dedicated to continuing traditional and original old-time music. With a home base in Northwest Pennsylvania, a rural setting gives plenty of inspiration towards the continuance of acoustic music. The sound of Tiger Maple String Band has rich historical and cultural values, beautiful harmonies, hot old-time fiddling, and a full-body richness that only acoustic instruments and clear vocals can bring. The band draws its inspiration from a variety of different musical directions, with old-time Appalachian tunes as a central focus. Band's web site